In Soria, Spanish and Moroccan Governments meet at the initiative of mayors to address the future of Intermediary Cities 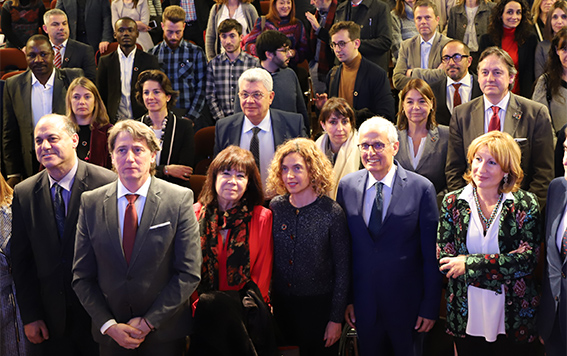 The “Think Europe: Commitment 2030” summit, taking place in Soria (Spain) from 16-18 of January 2019, provides a space to reaffirm local governments’ commitment to the 2030 Agenda, and for reflecting around the necessary cooperation between spheres of government at the European level to achieve greater territorial and social cohesion.

In this regard, Minister of Territorial Policies and Public Service Meritxell Batet from the Spanish Government, and Minister of Territorial Planning Abdelahad Fassi Fihri from the Moroccan Government discussed cooperation between countries at a bilateral meeting convened by UCLG and FEMP. The meeting was attended by Mayor Mohamed Sefiani of Chefchaouen and host Carlos Martínez, mayor of Soria.

Ministers and Mayors discussed the role of intermediary cities in development, and explored possibilities for further cooperation and continued dialogue between national and local governments from both countries.